So this week was my first week back at work, after being on leave for 6 months with Hodgkin’s Lymphoma. I’m a pharmaceutical rep, so I promote prescription products to doctors, which is why I had to take a leave during my treatment..due to my weakened immune system. The week overall, was really great. My doctors were very receptive to my situation, etc. I kind of felt normal..for once. As normal as you can feel waiting in between scans to see whether or not you are cancer free.

My situation is different from a lot of others, so I went back to work because I couldn’t stand being away from it and love what I do. I didn’t want to wait around for 3 weeks for my final scan. I’m going to recommend that if you just got a clear scan, and took time off from work, let your body heal. It’s very, very exhausting, to even do the little things. Let’s just say I’ve been in bed by 7pm every night and spent the ENTIRE weekend sleeping!

So other than the tiredness, all has been well. That is, until the scanxiety sunk in. My scan isn’t until the 18th, and that’s when we will know if I am totally clear and in remission/good to carry on with my life and start living! I’ve noticed during scanxiety, I’ve developed new symptoms, probably all made up in my head. Phantom pains, which I’m going to blame on the fact that I’ve been carrying so many things around, and I still have my port in. Scanxiety is the worst, and it was never this bad until I reached the end of my treatment. During treatment, you’re getting treated, so if you have a scan that isn’t clear, it’s not that big of a deal. I’ve already had salvage chemo, and 20 cycles of radiation, so deep down I think to myself this shit has to have worked! If my scan isn’t clear, I get sent for a bone marrow transplant, which is a whole different beast.
Buuuut..let’s not even go there right now!

Scanxiety is real, and the best advice I can give you during this period is that your thoughts truly become things. Try not to obsess over every ache or pain. You don’t know what your scan will show, and quite frankly, as much as you want to, you can’t control it. you’ll just end up wasting time and making up scenarios in your head if you are constantly checking every lymph node! Trust me, I did it and had to have a little intervention on myself. 🙂 What will be..will be! 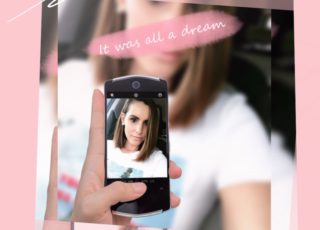 No hair don’t care, no hair do care, do you boo boo!

Some genuinely interesting details you have written.Aided me a lot, just what I was looking for : D.

Thank you ever so for you blog post.Thanks Again. Keep writing.

Really appreciate you sharing this article.Much thanks again. Keep writing.