So I’ve already written a million posts on radiation, but since it’s over, I thought I would talk about how radiation really was for me. (No bs..real talk!) radiation, like chemo..is different for everyone. For me, I handled radiation in a totally different way. Chemo, I was out and about, enjoying life, still sick, but nonetheless, I had motivation to get out. Probably from the lethal amount of Prednisone that I’m on, ha! Radiation was a different monster, but mainly due to the areas that I had radiated. Most people think that radiation is just your specific cancer cells being zapped, and it’s painless and you go in, out, and call it a day. Since my Cancer was *i’m going to say WAS because I feel like I might be in remission right now* refractory, I had more areas to radiate. I got my entire neck, chest, and spleen radiated. The nausea and fatigue were major for me, but mainly because I was being radiated SO close to my stomach. I’m not kidding you when I tell you that some days, I would lay in bed all day crying, counting down the days until radiation was over. After radiation was finished (it’s been 6 days), I can barely swallow anything–it even hurts to swallow water, and my Lymphocytes (part of my WBC’s) became insanely low. Radiation was tough for me, and draining. Way more so than chemo. But yet again, by the grace of God, I met an amazing nurse named Vanessa in the process! I swear every time I want to snap during treatment, I end up meeting amazing nurses or doctors that help me along the way. Thank you God!

So the burns from radiation are pretty bad on my chest now, and underneath my arm, where I have a stubborn lymph node that wouldn’t seem to shrink. The area feels a bit raw. I’m pretending it’s a sun burn as shown below. 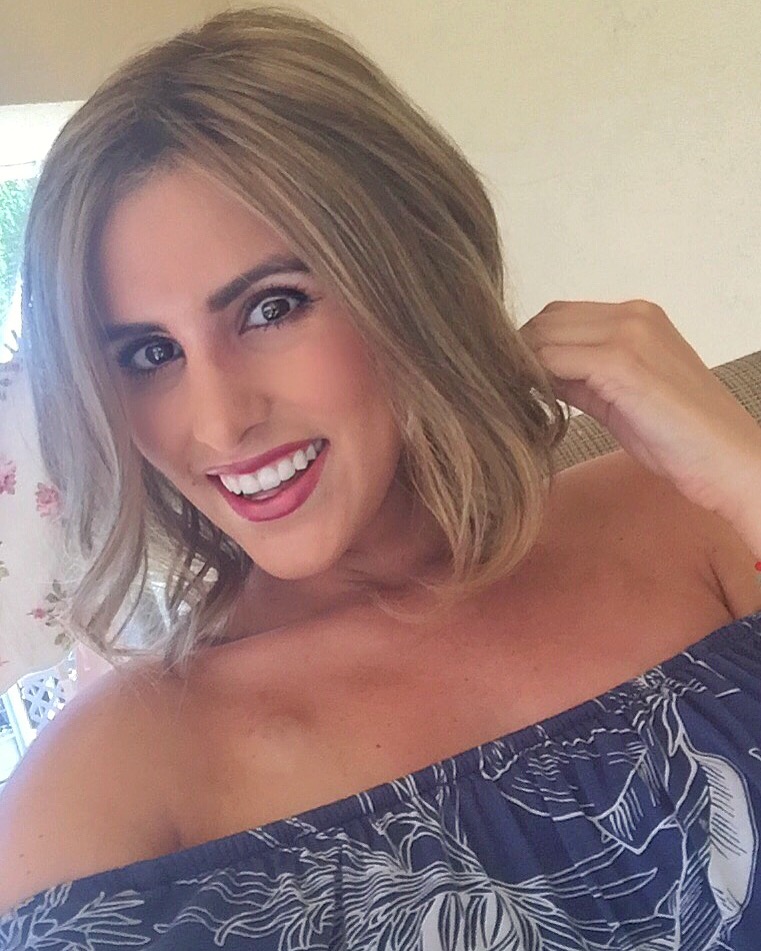 But here was the tricky part for me, my platelets became too low to continue radiation, half way through. Vanessa helped me with a trick to get my platelets up, and I swear it works! (Even though my doctor thinks otherwise hahaha!) so, here is my secret. Papaya juice! Try to get fresh Papaya juice where ever you can. I have a local juicery near my apartment that sells it. It’s slimey and doesn’t taste the best, but I swear this helped me! This, along with one wheat grass shot a day, and I was able to maintain a platelet count high enough to continue radiation. Don’t ask me how, don’t ask me why, it just worked for me.

So, I’m now almost finished with my journey (g*d willing, depending on my future scan), and I start chemo again on Tuesday. Since I’ve been off of chemo since April, my 5th cycle will be like going through chemo for the first time again. The hair loss, the eyelash loss, the eyebrow loss, the shock to my system, etc. It’s funny, because in the process, we really don’t understand the true beating that our bodies take during chemo and radiation, I’ll definitely be reminded of that on Tuesday. Hope everyone has a safe July 4th weekend! 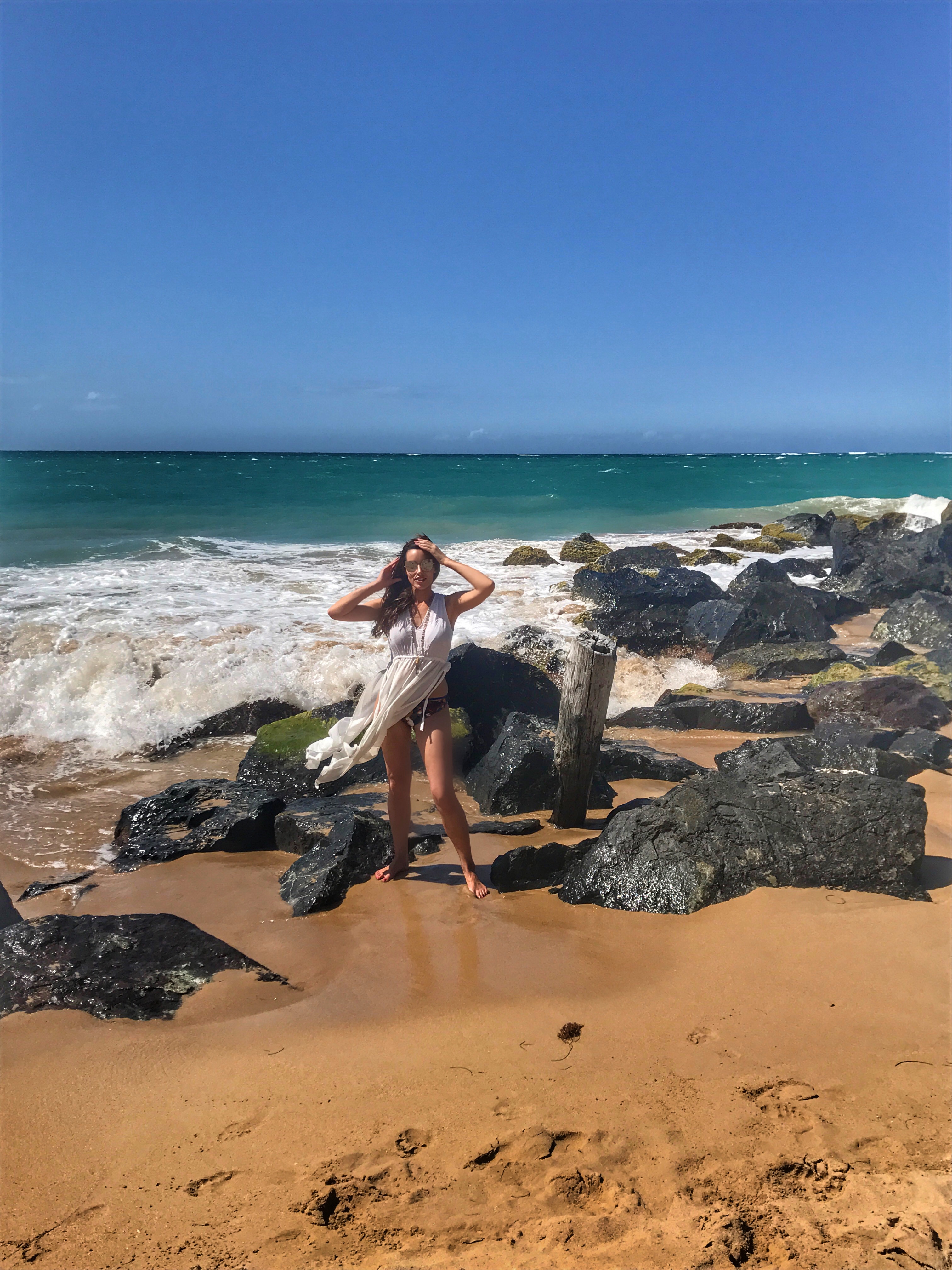 FINESSE YOUR WAY THROUGH THE CANCER CENTER

Love your blog!! It has helped me so much !! I am about to have my last of 6 cycles of chemo for Her 2+ stage 3 breast Cancer. I have coming my 20 rounds of radiation to chest..neck and under arm. Your blog about radiation has prepared me on what to expect. First 3 cycles of chemo were a breeze
.these last 3 have been really hard and for the first time I was in bed with unbearable bone pain. Anyways….I just wanted to say Thank you for sharing your journey….its helping me get through mine💛

Thanks for such a wonderful website and sharing your strength and humanity. You are a very special
and inspiring young woman.

Thank you for sharing your experience with radiation–not looking forward to it myself but finding courage from others’ success. Best wishes through chemo and I pray for your full remission 😊.

My aunt Marguerite was diagnosed with Stage 4 Non-Hodgkins Lynphoma she had mixed cell type. She was coming home from a trip with friends, and could not catch her breath on the plane ride home. She had a cough for a few months but she dismissed it because she was young and had never been sick. My dad who happens to be a doctor told her to get a chest X-ray thinking she had pneumonia. I will never forget when he called and said Honey(which is what we all called her because she was always so sweet) has either a 10 cm mass in her chest around her heart. It is either lung Cancer and she will die in a few months or Lymphoma, hopefully it is Lymphoma. I saw your story and I want to tell you a few tips that I think could have saved my aunt. She changed her diet to a whole food plant based diet but it wasn’t until
her body was weak from a rounds of chemo and radiation. She got T cells from my mom and she could not find a match for a stem cell transplant. The two of her eight siblings that had the most markers in common with her never completed their work ups. So she had to settle for my mom’s T cells. Anyway, I really think that the elimination of sugar and meat helped her and maybe would have starved off the cancer cells had she started when she was healthier in the beginning. She started juicing, she grew her own wheatgrass, she went to a holistic retreat. Your resilience reminds me of her she was never saying why me and she always was so strong. I pray for your healing and for your continued strength. My aunt was a model,she lived in New York and she was a patient at Memorial Sloane Kettering. They saved her life so many times.
I really believe that food is a healer and when I read about your reaction to papaya juice I really think that eliminating sugar and meats and emphasizing whole plant foods could also heal you along with the chemo and radiation. I plan on bookmarking your blog and following your journey to health. Two years we did the Light the Night walk in memory of my aunt, she had wanted us to all do it with her but her chemo schedule/health would never cooperate. Cancer sucks so bad and I pray that you successfully rid yourself of the disease.
God Bless you Always,
Laurie

Hi
Thanks for your blog. I’ve just been diagnosed with marginal zone b cell skin lymphoma, after going months of trying to get a diagnosis. I start my radiotherapy soon. My very best wishes for you and sending loads of hugs xx

Wohh precisely what I was searching for, appreciate it for putting up.